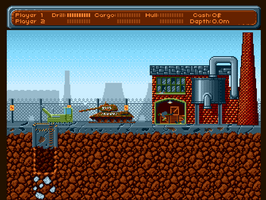 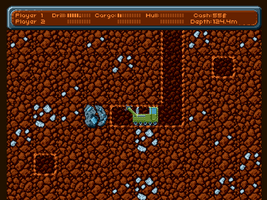 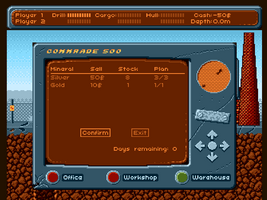 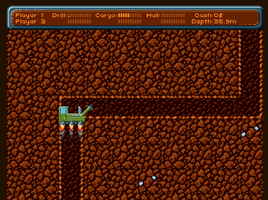 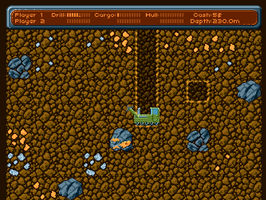 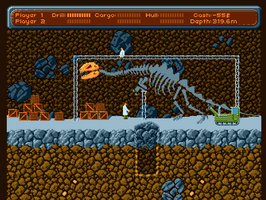 Good evening...
I thought I'll tell you little more about making of this game so far and a bit of history.
All this started September 2018. It was supposed to be a short casual game for Game Compo on Retro Komp 2018, party held in Gdansk, Poland.
KaiN started with code in his ACE (game engine and dev tool that he creates), me doin' some lousy pixels...
first machine looked like this :)

we then went for this one...

time to add something to dig in... 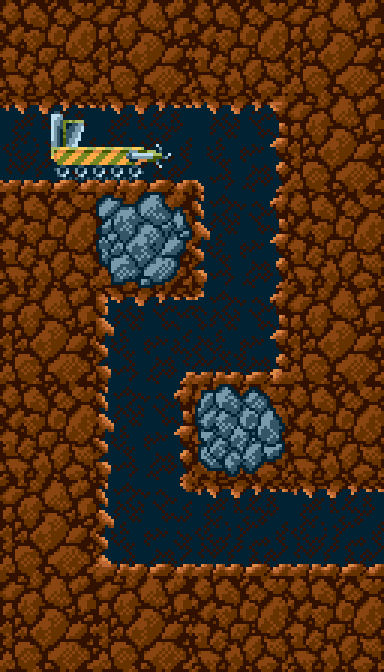 and something to dig for... 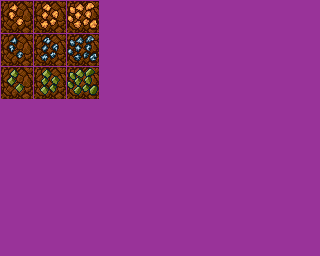 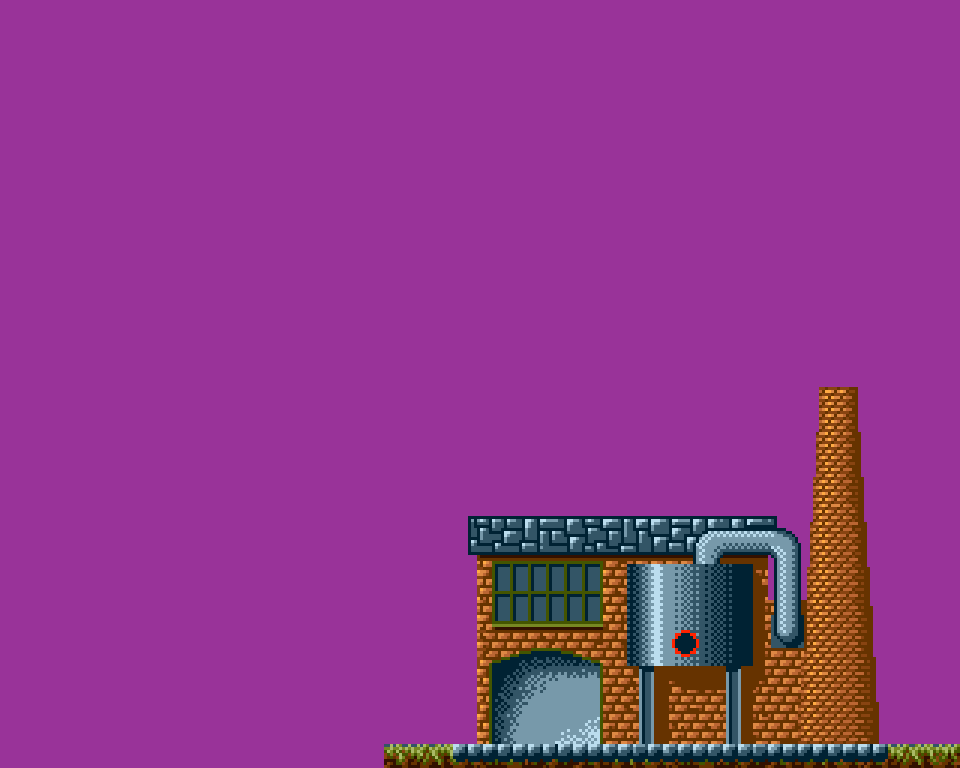 At this point... something like a month into the project it was time to sign it to RK Game Dev Compo.
Entry (as tech demo) looked like this:

Surprisingly we scored 2nd place. Did not see that coming at all...
After RK there was a bit of stagnation period... We didn't know which direction to go with it and generally how to develop it further...
Luckily for us, new game dev compo was announced on English Amiga Board.

We filed an entry there and it was accepted. Old formula was already used, we needed sth new. Color palette was changed from 16 to 32 colors and idea of history taking place in alternate reality communist country was born. Slowly we started to come up with new ideas for gameplay and quests for campaign mode.
Surface was changed a bit 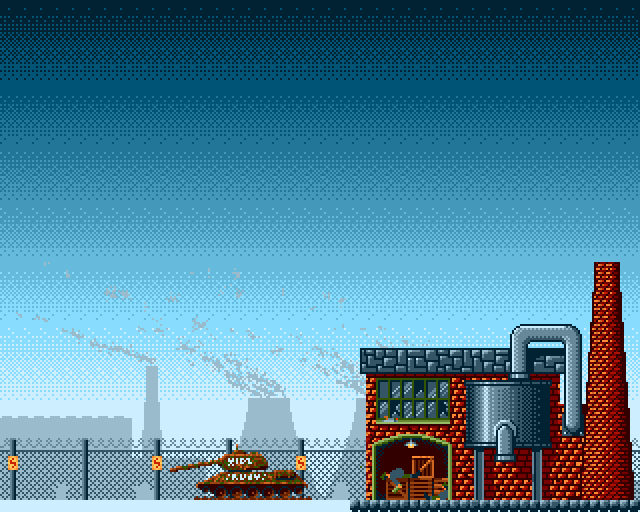 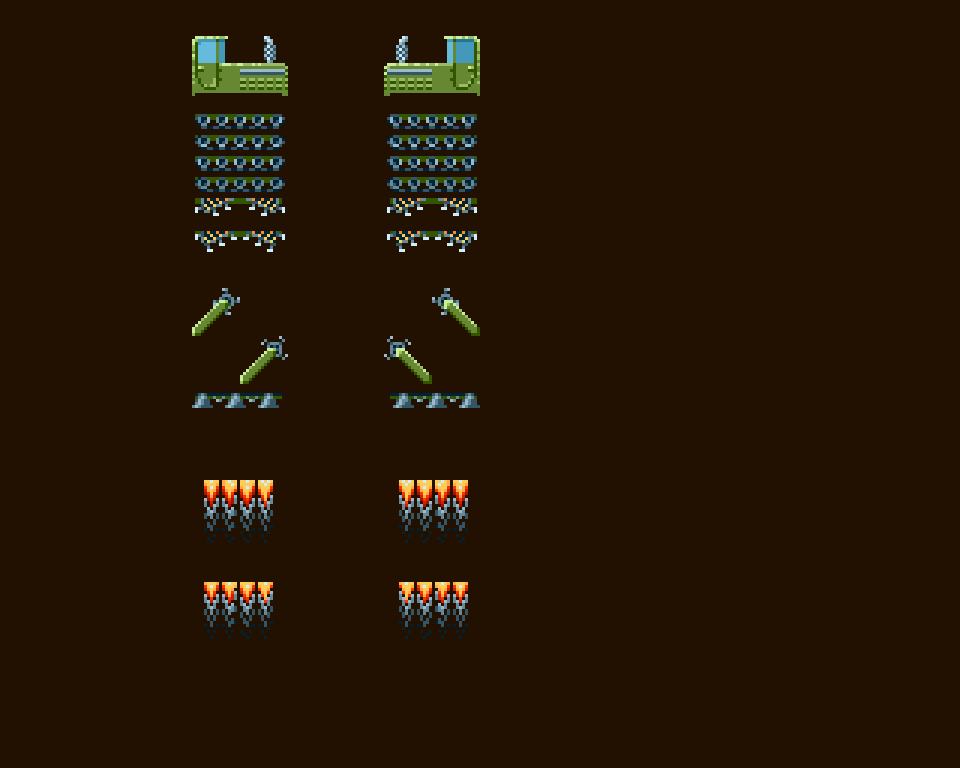 new minerals and things to dig out

Game as in development also scored second in the contest and we were surprised even more.

This was a sign we have to finish this to the very end.
And so we are here doing our very best to make it happen.
We still have awful lot to do... Quests, features, some easter eggs... but we're getting there ;)

Big thanx goes to KaiN... Without his code all this would be only a set of pictures.
Hope you liked this little inside story.
See you at the next update.
Softiron.